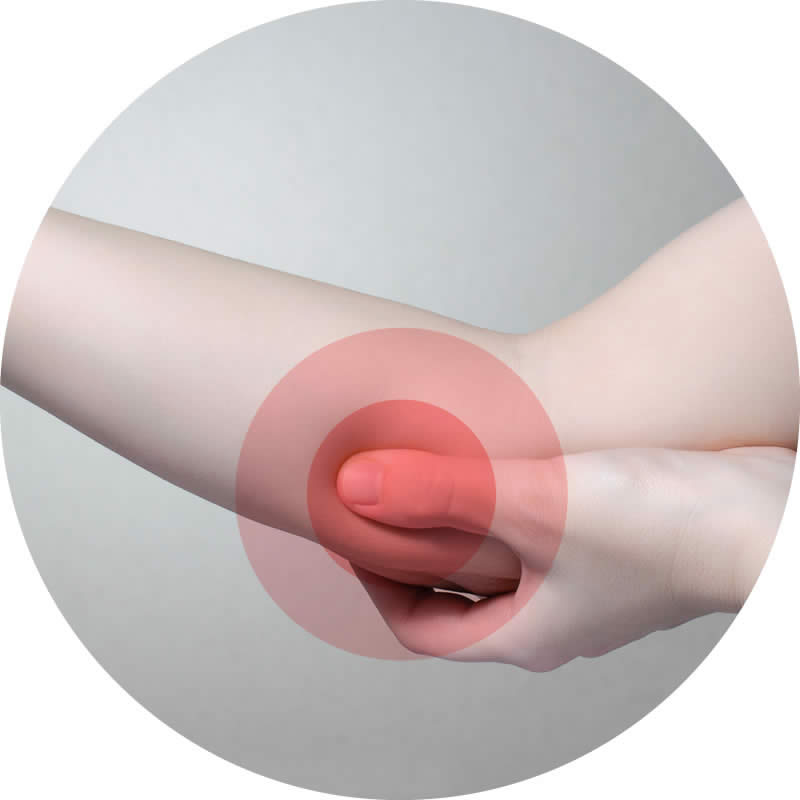 Tendon problems around the elbow include chronic conditions such as lateral epicondylitis (tennis elbow) or medial epicondylitis (golfers elbow), and acute ruptures such as a Distal Biceps Tendon Rupture. Essentially they are a spectrum of the same common pathology of tendinopathy (or tendinosis). The tendon structure undergoes mircoscopic degenerative change over time as a response to mechanical loads placed through it. The body attempts to repair the injury, but cannot restore the tendon back to normal. Instead, the microstructure of the tendon becomes disorganized and abnormal cells are deposited. As are result the tendon becomes weaker, and is unable to handle normal mechanical loads, giving rise to discomfort and fatigue. 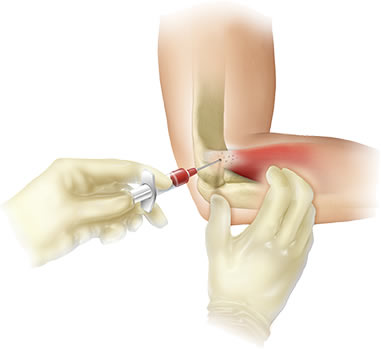 A novel method for addressing the microscopic changes in the tendon involves injecting growth factors and other substances harvested from the patient's blood directly into the abnormal tendon. This is referred to as Platelet Rich Plasma Therapy. This is performed under local anaesthetic.

In more advanced cases, scar tissue in the tendon may need to be removed and the remaining tendon repaired. This is known as lateral or medial release and is done through an open incision overlying the elbow area.